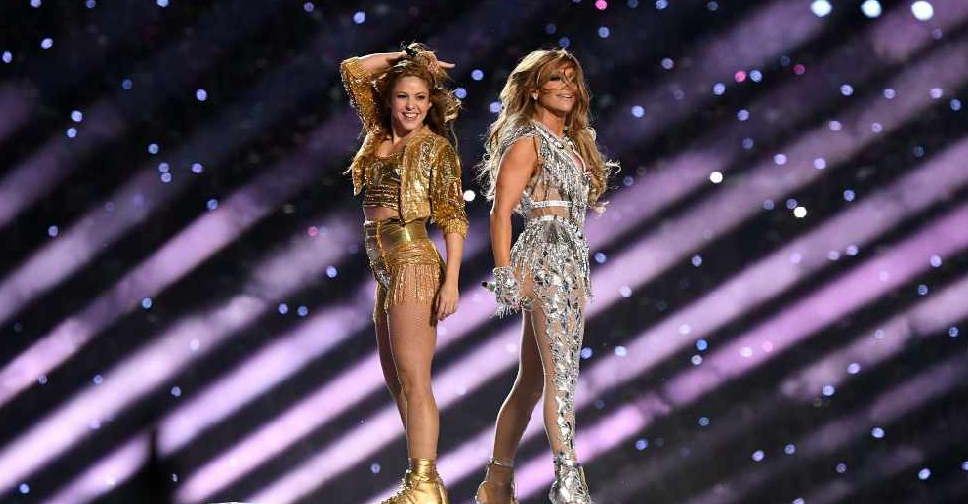 They were later joined by Latin artists Bad Bunny and J Balvin, as well as Lopez's 11-year-old daughter.

Dressed in a sparkly, red number, Shakira kicked off the musical extravaganza with snippets of hits such as Whenever, Wherever and Hips Don't Lie. She was joined by Puerto Rico's Bad Bunny before giving way to J. Lo.

The 50-year-old superstar thrilled the audience with a career-spanning selection of her hits, which she kicked off on top of a pole with a high-energy performance of Jenny from the Block.

Jennifer then moved on to Get Right and then ditched her black leather bodysuit for a sparkly silver number for Waiting For Tonight.

To close out the performance, Shakira stayed on stage and joined Jennifer to sing Let's Get Loud together, before they moved on to the Colombian singer's Waka Waka and then switched back to Let's Get Loud.