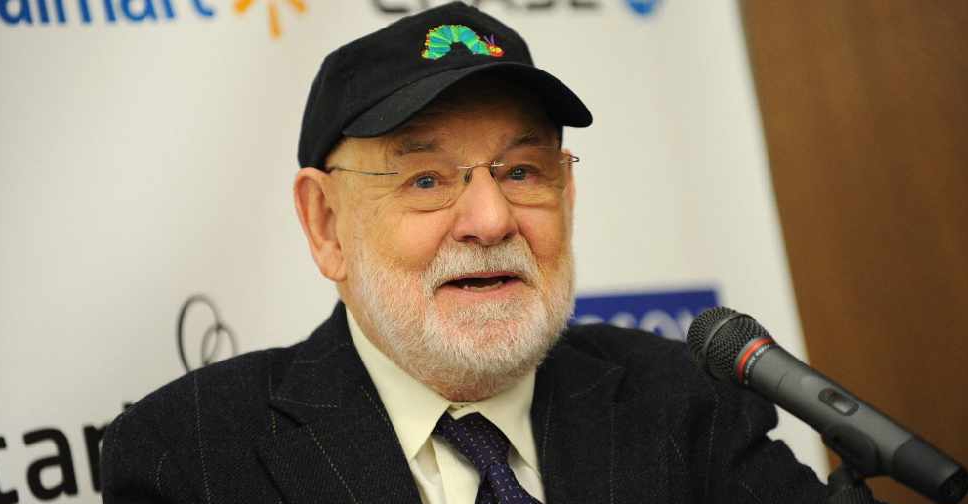 The Washington Post, citing a statement from his family, reported Carle died at his home in Northampton, Massachusetts on Sunday.

The newspaper said no cause of death was given.

His body of work, distinguished by his vividly coloured collage-style illustrations created from hand-painted paper cutouts, spanned more than 70 titles that sold over 152 million copies worldwide in dozens of languages, according to publisher Penguin Books USA.

His books often featured characters and themes from nature and the animal kingdom, including Brown Bear, Brown Bear, What Do You See?, The Grouchy Ladybug, The Very Lonely Firefly, The Very Quiet Cricket and Papa, Please Get the Moon for Me.

But his best known by far was The Very Hungry Caterpillar, published in 1969, which Penguin said has been translated into 66 languages and has sold more than 50 million copies. The book has become bedtime reading for generations of parents and their children.

It traces the fanciful life cycle of its ravenous protagonist, starting out as a little egg resting on a moonlit leaf before one Sunday morning, "the warm sun came up and - pop! - out of the egg came a tiny and very hungry caterpillar".

The caterpillar then begins a seemingly insatiable quest for nourishment, providing a lesson in numbers, days of the week and food vocabulary as he chews through one apple, two pears, three plums, four strawberries and five oranges.

He continues on with a diet of less wholesome snacks - chocolate cake, ice cream, a pickle, Swiss cheese, a lollipop - before consuming green leaf to soothe his stomach ache. Having by now grown into a "big, fat caterpillar," the character wraps himself into a cocoon, then pushes his way out two weeks later transformed into a "beautiful butterfly!"

Born in Syracuse, New York, to German immigrants, Carle was taken as a six-year-old child with his parents back to their native country, and spent his boyhood in Germany. He later recounted an art teacher secretly introducing him at age 12 or 13 to reproductions of abstract, expressionistic works that the regime had forbidden as "degenerate."

"My green lion, polka-dotted donkey and other animals painted in the 'wrong' colours were really born that day 70 years ago," Carle recalled decades later, according to biographical material posted online by Penguin Books.

He later studied at the Academy of Applied Arts in Stuttgart, Germany, and returned to New York in his early twenties as a graphic designer and artist.

At age 87, he embarked on a series of cardboard and abstract, found-object collages depicting angels, which he dedicated to the Swiss-born German artist Paul Klee, known for his own drawings and paintings of angels.