For Affleck and Damon, working together is a lot of fun 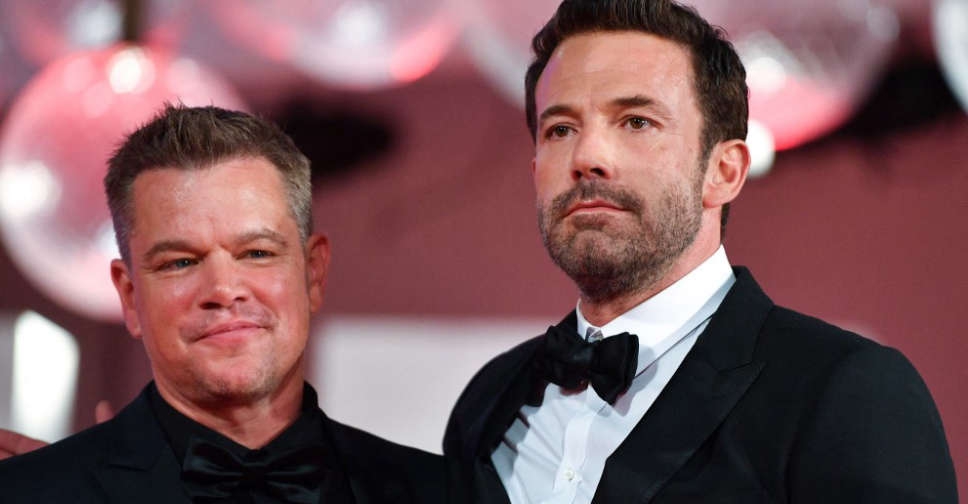 Childhood friends and Hollywood stars Ben Affleck and Matt Damon said teaming up again to write "The Last Duel", Ridley Scott's film about rape and justice in medieval France, was above all a lot of fun.

The movie, which premiered at the Venice Film Festival, tells the true story of the last lawful duel in 14th century France, where two knights squared off in the belief that the outcome of their battle would reveal the truth behind a noblewoman's claim that she was raped.

Damon and Affleck, who also star in the film, co-wrote the script, the first time the two actors have worked on a screenplay together since Good Will Hunting, which earned them an Oscar in 1997 and catapulted two unknown twenty-somethings into Hollywood fame.

"The big thing for me about this process was how much fun the process was and how important that is for me and my quality of life and how much I enjoy working with people that I like and love and respect," Affleck told Reuters in a joint interview with Damon.

Damon, who at times interrupted Affleck to crack a joke, echoed his words: "It's about working with the people you love. It makes it better."

Damon stars as Jean de Carrouges, fighting to avenge the rape of his wife Marguerite and restore his family's honour by challenging her alleged attacker Jacques Le Gris, played by Adam Driver, to a duel.

The film is divided in three chapters, written from each of the three protagonists' perspectives, with the woman's point of view written by US director and screenwriter Nicole Holofcener.