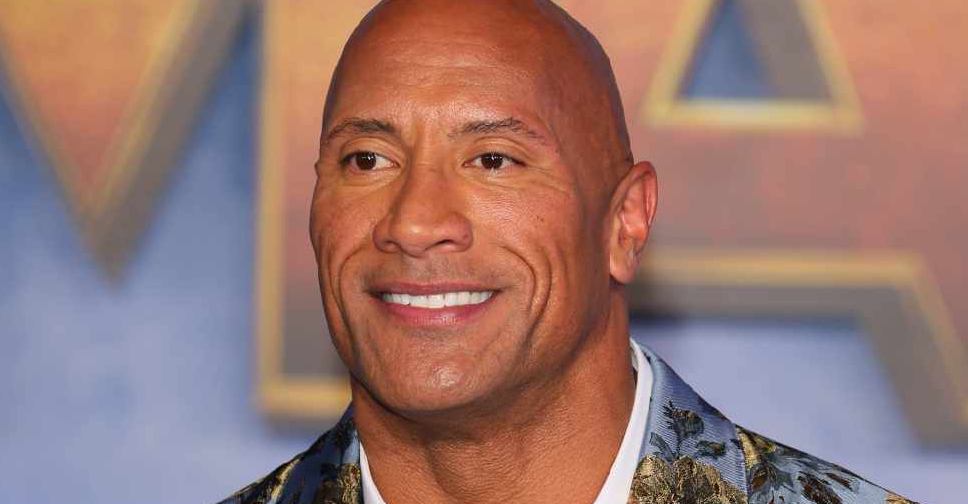 Dwayne Johnson may be one of the most successful and popular celebrities in Hollywood, but he says there's a lot more to his life than wrestling champion, football player and actor.

In the new TV comedy series Young Rock, starting on NBC on February 16, fans can watch stories from his colourful but complicated life growing up in multiple places.

"There is so much more I have to share with the world," the Fast & Furious star says at the start of the show.

Young Rock takes its premise from the tongue-in-cheek fiction that Johnson is running for US President in 2032 and is being interviewed about his life. The actor and producer has often flirted publicly with the idea of running for the White House, most recently in 2019 when he said it wasn't the right time.

Johnson, 48, is played in the TV series by three actors at age 10, 15 and 18 in snapshots that start with him growing up in Hawaii as the son of wrestler Rocky Johnson and mixing with larger-than-life characters like Junkyard Dog and Andre the Giant.

After living in 13 different US states by age 13, the show depicts what Johnson calls "my years when I was the star of getting arrested all the time.

"At age 18 I remember... I was just so determined to make something of myself. That was so important to me," he added.

Johnson is now one of the highest-earning actors in Hollywood, with 214 million Instagram followers and a career that ranges from animated movie Moana to the former comedy series Ballers.

Recreating his youth in the comedy series was surreal, he said: "Never, ever did I think I'd be in this position where people are bringing to life the people in my life."