UK's Hunt says he has to raise taxes to fix economy 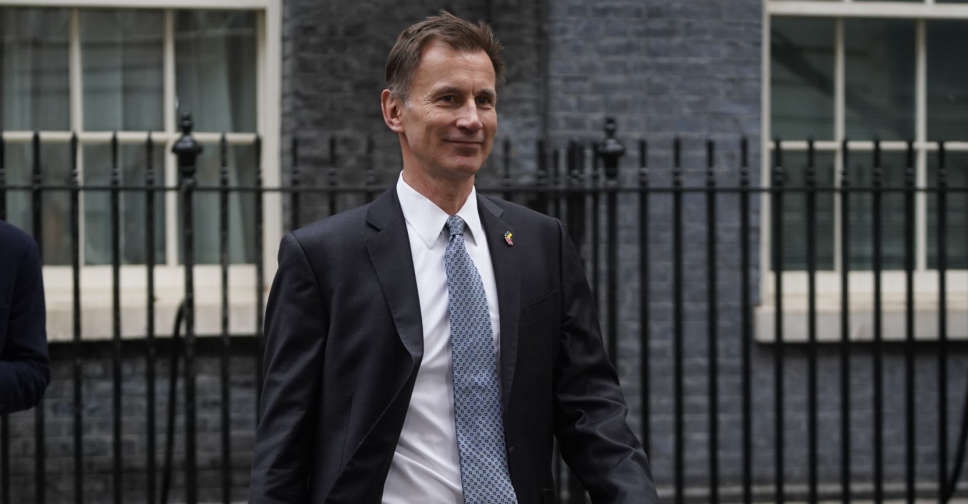 British finance minister Jeremy Hunt said he will have to raise taxes in next week's budget plan in order to fix the public finances and soften a potentially long recession, a newspaper quoted him as saying.

Hunt is trying to restore Britain's credibility among investors in the first budget plan since Rishi Sunak replaced Liz Truss as prime minister last month with a vow to undo her economic policy mistakes, chiefly a series of unfunded tax cuts.

Truss's "mini-budget" in September set off a bond market slump that sent borrowing costs soaring and ultimately forced her to step down.

"This is going to be a big moment of choice for the country and we will put people ahead of ideology," Hunt told the Sunday Times in an interview.

"You’re going to have a Conservative chancellor who is putting up taxes that, you know, go against the very reason that he went into politics," he said, adding: "you have to do what is right for the country and the situation that we’re in and unfortunately that does mean tax rises."

As well as more spending cuts, Hunt and Sunak are trying to prepare their Conservative Party for the tax increases which could reignite tensions in the party that forced out Truss and allowed Sunak to become Britain's fourth Conservative prime minister since 2016.

The newspaper said Hunt planned to tackle a 55 billion-pound ($65.1 billion) hole in Britain's budget by freezing thresholds and allowances on income tax, national insurance, inheritance tax and pensions for a further two years.

'I WILL BE HONEST'

He also intended to halve a tax-free allowance for capital gains tax and lower the threshold for paying the additional rate of income tax to 125,000 pounds a year from 150,000 pounds, the Sunday Times said.

“What I can promise people is that I will be honest about the scale of the problem, and fair in the way that I address those problems, and yes, that does mean that people with the broadest shoulders will bear the heaviest burden," he said.

Thursday's budget plan will include forecasts similar to those of the Bank of England (BoE) which earlier this month warned of a long recession ahead.

"I think it's very likely ... the question is not really whether we're in recession, but what we can do to make it shorter and shallower," Hunt said in the interview.

Hunt said he would seek to work in cooperation with the BoE to control inflation and the global rise in interest rates, which is adding to the strains on Britain's economy.

"The number one thing that I can do is help the Bank of England bring down inflation," he said, adding he wanted to give confidence to businesses and households to invest and spend.

"If I can give them certainty that we have a plan to tackle inflation, to bring back stability to the economy then...that will be job done, as far as Thursday is concerned."

The Times said Hunt was likely to commit only 20 billion pounds to extend the government's energy bills cap for six more months after April, a third of its estimated 60 billion-pound cost in its first six months, meaning bills were likely to rise.

But Hunt was also considering a multi-billion-pound package of support to shield pensioners and benefit claimants from higher power bills, the newspaper said.