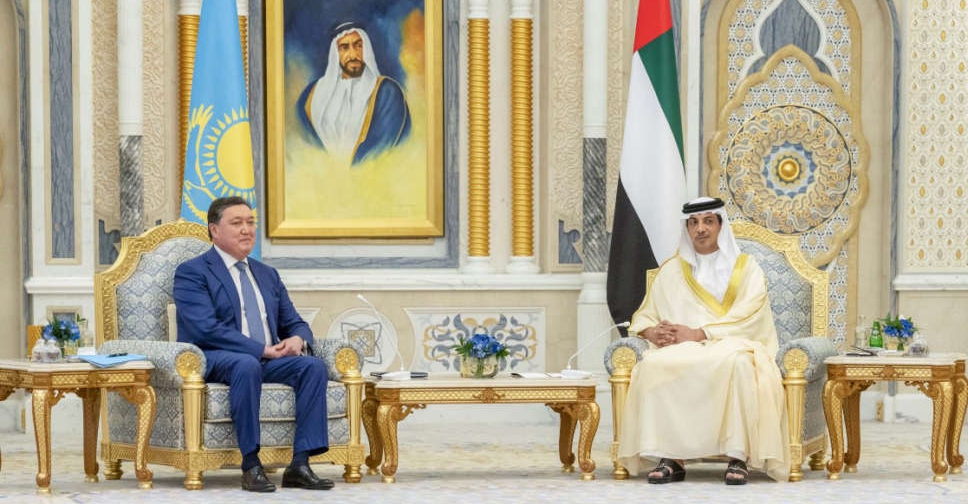 The governments of the UAE and Kazakhstan signed a joint declaration to mutually develop projects in priority industries. 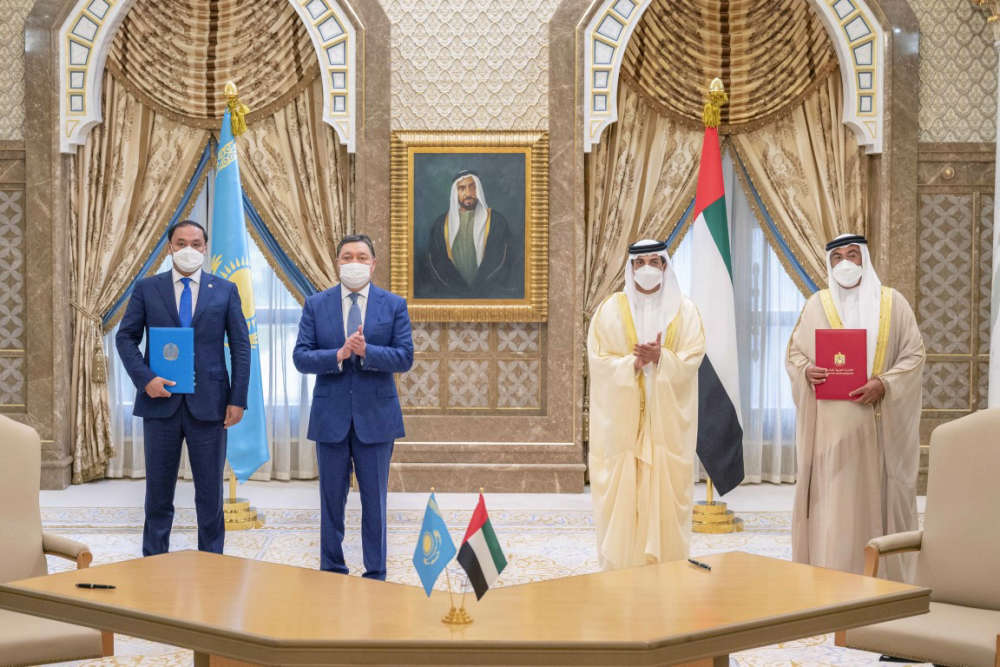 Officials from both countries and their delegation met at Qasr Al Watan for the signing and to discuss a range of issues of interest to both countries.

Multiple agreements were signed between heads of the economic, climate, finance, and markets to pursue and achieve joint goals.

They signed on a commemorative postage stamp, co-produced by the Emirates Post and Kazakhstan Post, to mark the Golden Jubilee of the establishment of the UAE and the 30th Anniversary of the Independence of Kazakhstan.

An MoU between the Ministry of Climate Change and Environment was also signed by Minister of State Ahmed Sayegh and Kazakh Minister of Agriculture Yerbol Karashukeyev. 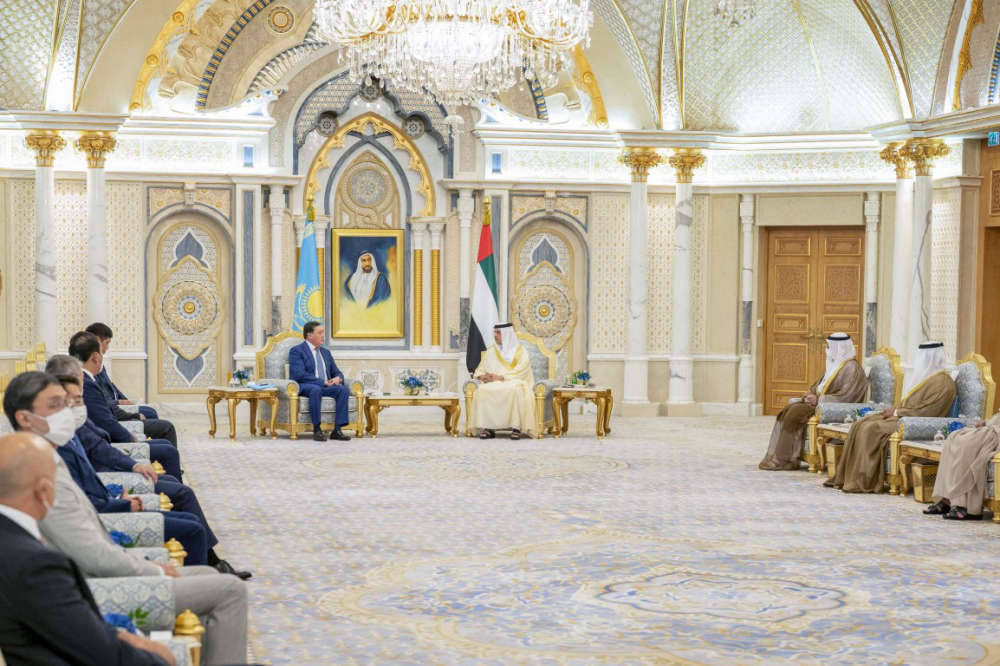