Jack Ma to give up control of Ant Group 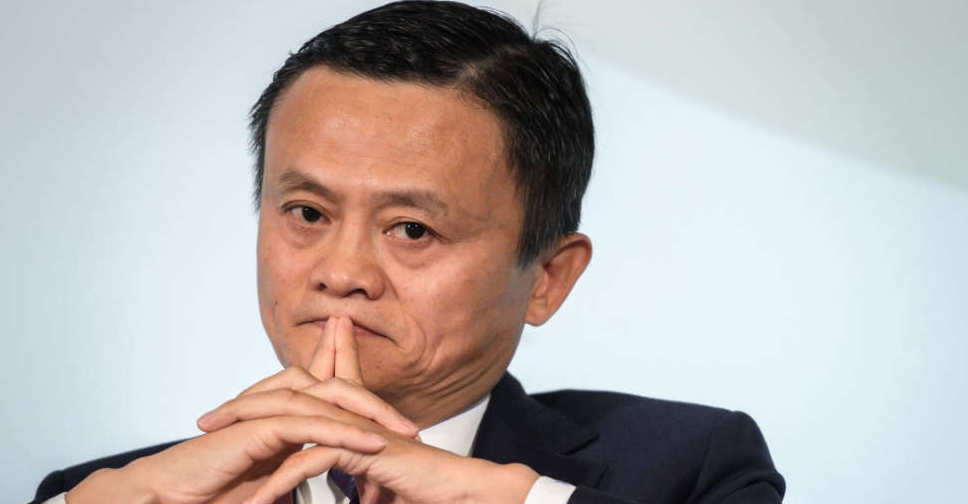 Ant Group's founder Jack Ma will give up control of the Chinese fintech giant in an overhaul that seeks to draw a line under a regulatory crackdown triggered soon after its mammoth stock market debut was scuppered two years ago.

Ant's $37 billion  (AED 135.9 billion) IPO, which would have been the world's largest, was cancelled at the last minute in November 2020, leading to a forced restructuring of the financial technology firm and speculation the Chinese billionaire would have to cede control.

While some analysts have said a relinquishing of control could clear the way for the company to revive its IPO, the group's changes on Saturday are likely to result in a further delay due to listing regulations.

China's domestic A-share market requires companies to wait three years after a change in control to list. The wait is two years on Shanghai's Nasdaq-style STAR market and one year in Hong Kong.

A former English teacher, Ma previously possessed more than 50 per cent of voting rights at Ant, but the changes will mean that his share falls to 6.2 per cent, according to Reuters calculations.

Ma only owns a 10 per cent stake in Ant, an affiliate of e-commerce giant Alibaba Group Holding Ltd 9988.HK, but has exercised control over the company through related entities, according to Ant's IPO prospectus filed with the exchanges in 2020.

The prospectus showed that Hangzhou Yunbo, an investment vehicle for Ma, had control over two other entities that own a combined 50.5 per cent stake in Ant.

Ma's ceding of control comes as Ant is nearing the completion of its two-year regulatory-driven restructuring, with Chinese authorities poised to impose a fine of more than $1 billion (AED 3.67 billion) on the firm, Reuters reported in November.

The expected penalty is part of Beijing's sweeping and unprecedented crackdown on the country's technology titans over the past two years. It has sliced hundreds of billions of dollars off their values and shrunk revenues and profits.

But Chinese authorities have in recent months softened their tone on the tech crackdown amid efforts to bolster a $17-trillion economy that has been badly hurt by the COVID-19 pandemic.

"With the Chinese economy in a very febrile state, the government is looking to signal its commitment to growth, and the tech and private sectors are key to that, as we know," said Duncan Clark, chairman of investment advisory firm BDA China.

"At least Ant investors can (now) have some timetable for an exit after a long period of uncertainty," said Clark, who is also an author of a book on Alibaba and Ma.

Ant, whose businesses also span consumer lending and insurance products distribution, said Ma and nine of its other major shareholders had agreed to no longer act in concert when exercising voting rights and would only vote independently.

It added that the adjustments would not change the shareholders' economic interests in Ant.

"As a result, there will no longer be a situation where a direct or indirect shareholder will have sole or joint control over Ant Group," it said in its statement.

Reuters reported in April 2021 that Ant was exploring options for Ma, one of China's most successful and influential businessmen, to divest his stake in Ant and give up control.

The Wall Street Journal reported in July last year, citing unnamed sources, that Ma could cede control by transferring some of his voting power to Ant officials, including Chief Executive Officer Eric Jing.

Ant's market listing in Hong Kong and Shanghai was derailed days after Ma publicly criticised regulators in a speech in October 2020. Since then, his sprawling empire has been under regulatory scrutiny and going through a restructuring.

Once outspoken, Ma has largely remained out of public view since the regulatory crackdown that has reined in the country's technology giants and did away with a laissez-faire approach that drove breakneck growth.

"This trend will continue the erosion of the most productive parts of the Chinese economy."

As Chinese regulators frown on monopolies and unfair competition, Ant and Alibaba have been untangling their operations from each other and independently seeking new business, Reuters reported last year.

Ant said on Saturday that its management would no longer serve in the Alibaba Partnership, a body that can nominate the majority of the e-commerce giant's board, affirming a change that started mid-last year.