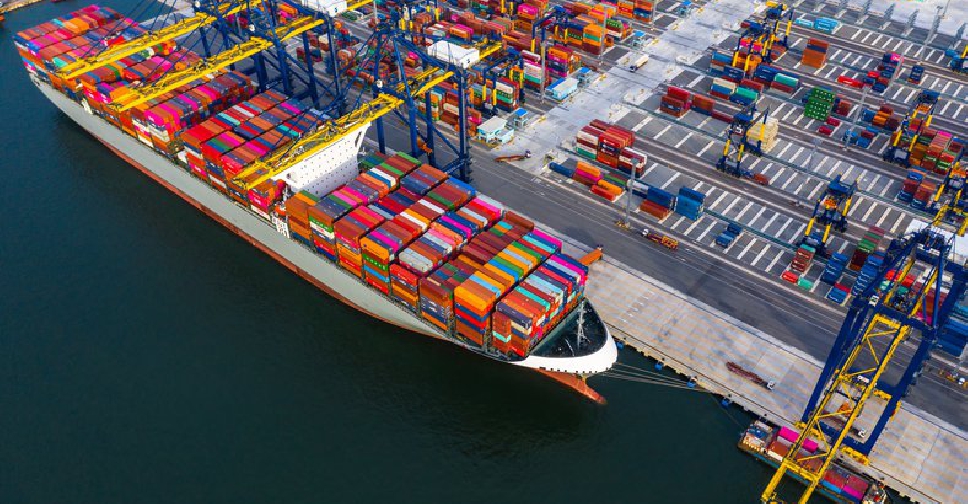 This reflects a rapid return to recovery and growth in the external trade sector and an ability to adapt to drastic changes in the international trade environment, according to officials.

Commenting on the outstanding growth, His Highness Sheikh Hamdan bin Mohammed bin Rashid Al Maktoum, Dubai Crown Prince and Chairman of The Executive Council of Dubai said: “This remarkable performance reflects our external trade sector’s impressive resilience and its ability to rebound and grow in the face of major international crises. Inspired by the vision and directives of His Highness Sheikh Mohammed bin Rashid Al Maktoum, Vice President and Prime Minister of the UAE and Ruler of Dubai, we have always turned challenges into opportunities. We have been able to achieve this by virtue of our good governance, advanced infrastructure, strategic location, our status as a regional and global hub for trade, and the generous stimulus packages that the government has launched in support of trade and businesses.

“This remarkable growth will get us closer to the ambitious target of Dubai’s five-year strategy to raise the value of external trade to AED2 trillion and consolidate its position as a bridge connecting regional and international markets by constantly enhancing its infrastructure and logistics services. Furthermore, by hosting EXPO2020, ‘the world’s greatest show’, Dubai will make a significant contribution to the recovery of the global economy and help it move towards prosperity again.” 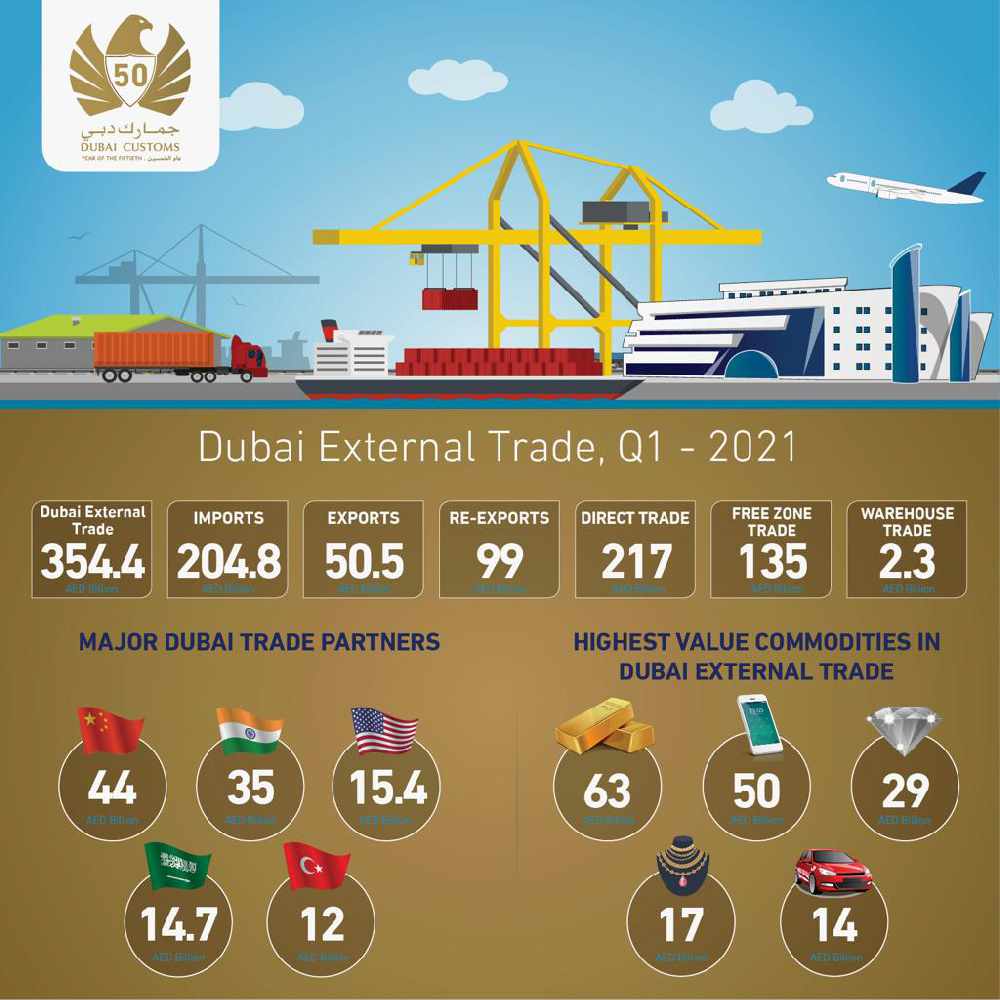 China maintained its position as Dubai’s largest trading partner in Q1, 2021 with AED44 billion worth of trade, representing a growth of 30%.

Diamonds registered a record growth of 61% and came third in the list with AED29 billion, followed by jewelry with AED17 billion, and vehicle trade, which grew 9% to reach AED14billion.