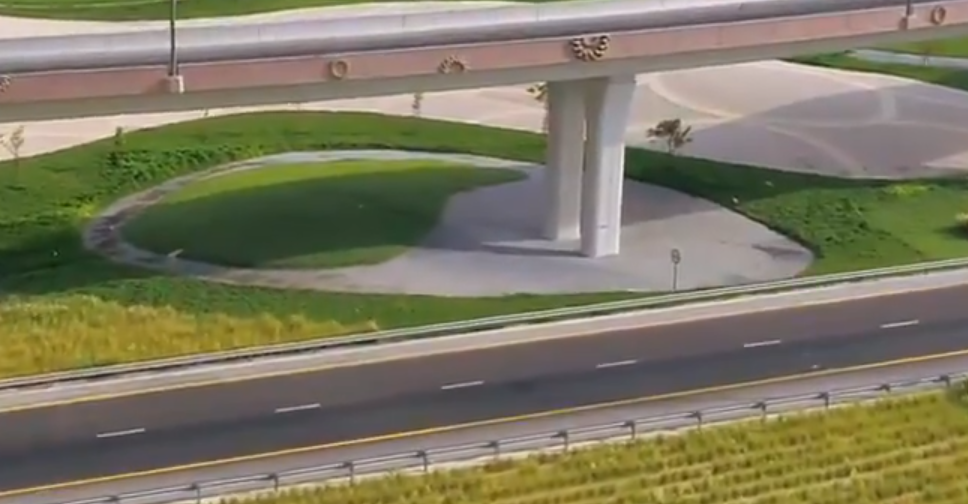 More than 20,000 trees have been planted to form a lush green belt around the Expo 2020 Dubai site.

It's part of major landscaping projects that cover an area of over 2 million square metres.

The projects, completed at a cost of AED 205 million covers the extension of Sheikh Mohammed bin Zayed Road, Expo Street and Sheikh Zayed bin Hamdan Street in the direction of the Expo site.

"By expanding the green areas, we will be able to achieve the sustainability of the horticultural sector, improve air quality and boost the community’s mental and physical health," he added.

.@DMunicipality announces completion of landscaping projects on @Expo2020Dubai site & surrounding areas. Completed at a cost of AED205 million, the projects cover 2 million sq metres 20,000 trees were used to form a green belt along the roadsides leading to the venue. #Dubai pic.twitter.com/YacDbqBC5W

The landscaping project by Dubai Municipality also covered key landmarks near the Expo site, including the entrance to Dubai Parks, covering a total area of 177,123 square metres.

Steel landscaping works extended over an area of around 109,000 square metres.

Additionally, the main irrigation lines were extended by 10.3 km and sub-lines by 60.1 km.

A pumping station with a concrete tank for irrigation water was also constructed at a value of around AED 40 million.